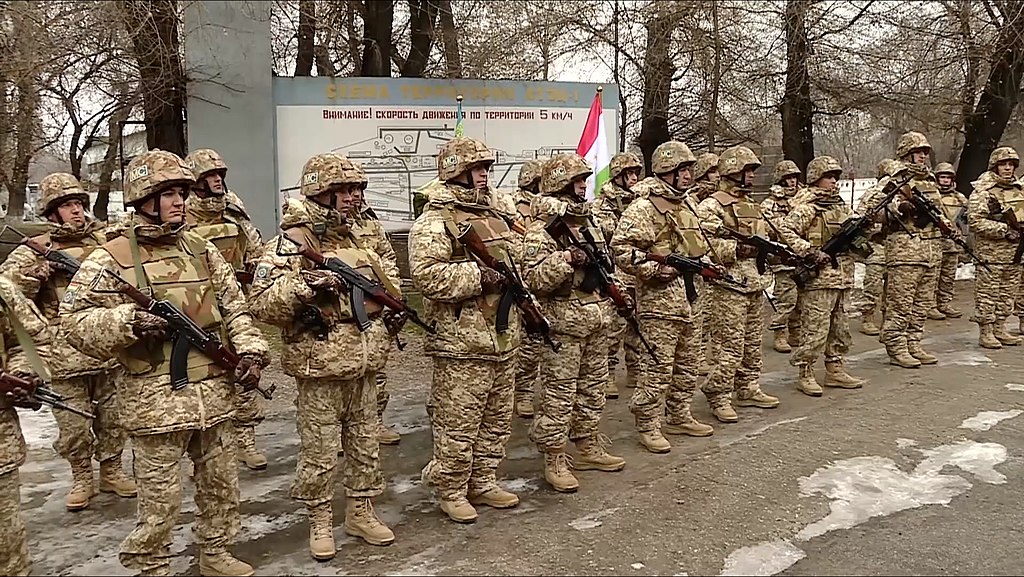 Dozens of deaths and hundreds of injuries as authorities opened fire on protestors. Violence erupting through tear gas. Rubber bullets, followed by live ammunition. Journalists beaten and detained. Pervasive fear, even among those who have hidden inside.

History has repeated itself in Kazakhstan. This month’s widespread violence against protestors, mass arrests and harsh crackdowns are eerily reminiscent of the 2011 Zhanaozen massacre, which passed its ten-year anniversary just last month.

This week, more reports of torture and violence have surfaced, made all the more troubling by the fact Kazakhstan was found in violation of the UN Convention Against Torture in the aftermath of the 2011 strikes.

And then, just as now, workers’ grievances appear to be at the heart of the unrest.

What’s been going on?

Exact details about what’s happening in Kazakhstan remain murky, especially since the government has taken strong measures to block information from leaving the country. Even before the protests, Kazakhstan took steps to restrict independent media and social media; this was made worse in recent weeks as authorities detained and attacked journalists attempting to cover the events. Private individuals also faced barriers to sharing information on their own, as Kazakhstan shut off access to the internet.

Although the protests initially began over a spike in the price of liquefied petroleum gas, they soon took on a life of their own. Demonstrators cited other grievances – including low wages, increasing cost of living, corruption, unemployment and severe income inequality. Outside observers speculated about ‘hidden’ drivers of the protests, with conjectures about domestic power struggles and international geopolitics.

People – and by extension, protest movements – are not a monolith. Even within a single protest, each demonstrator has their own motivations, grievances and demands. But broadly, the protests appear to be the result of long-simmering discontent finally boiling over.

‘Kazakhstan is yet another example of a government enabling the extraction of vast national wealth by a few oligarchs at the expense of the people, and this inevitably causes not only poverty and precarity, but massive discontent,’ argued Sharan Burrow, General Secretary of the International Trade Union Confederation.

The oil industry is an emblematic example of the drivers of discontent Burrow has pointed to. Kazakhstan’s oil sector is rife with allegations of human rights abuse: mass poisoning from toxic emissions, possibly resulting in death, disability, brain damage, chronic illness and blood disease; environmental destruction and poisoned water supplies; and labour rights issues, including low wages, discrimination, crackdowns on independent unions and arbitrary dismissal. Activists who have fought for improved conditions have faced retaliation, including killings, beatings and criminal charges.

Environmental destruction from the oil industry also has very real impacts on local communities. Pollution in the Caspian Sea has decimated marine life, destroying jobs and food sources for villages that rely heavily on the fishing industry for survival.

Issues like these have sparked 590 protests in Kazakhstan since 2018 alone. These demonstrations often arise in the oil-rich but poverty-stricken west, which is most affected by the human rights issues mentioned above. The 2011 Zhanaozen massacre was perpetrated against striking oil workers; and it was Zhanaozen where 2022’s protests began.

Issues like low wages, reprisals against workers and inequality aren’t limited to just the oil sector. But given the country’s reliance on oil—with most employment and growth opportunities over the past several decades focused on the industry—its issues are especially representative of broader drivers of unrest.

Where the wealth goes

These oil projects were constructed in the name of ‘development’, and locals were promised good jobs and improved living conditions. Yet workers and communities bear the costs, while elites and foreign corporations – including Chevron, Shell, Eni, and ExxonMobil – extract the profits.

The lives of workers and local communities contrast sharply with the lives of elites and businesses benefitting from their labour. Oil companies’ ‘social investment projects’ haven’t lifted communities out of poverty. Workers and their families struggle to survive, with stagnating wages, mass layoffs and increasing inflation making the problem progressively worse.

Meanwhile, Kazakhstan’s elites enjoy a life of private jets and luxury real estate in London, while foreign oil companies pocket trillions in global profit. 0.001% of the population controls half the nation’s wealth. Kazakhstan’s oil industry is tied closely to government elites, including the family of former president Nursultan Nazarbayev; these families and oil companies have faced rampant accusations of corruption.

In this context, one can see how a protest that started over a drastic rise in the price of an essential good has evolved into broader unrest over inequality, authoritarianism, human rights abuses and corruption. How is it that common people cannot afford the essentials needed to survive, while elites and foreign businesses profit from the country’s massive oil wealth? Is it any surprise that the people of Kazakhstan – who experience such severe human rights impacts related to oil projects and see their rights further restricted each year – have expressed discontent?

In the aftermath of these protests, the government must decide how it approaches these grievances: by ignoring them, opening the door for further unrest, or by addressing the underlying issues driving discontent.