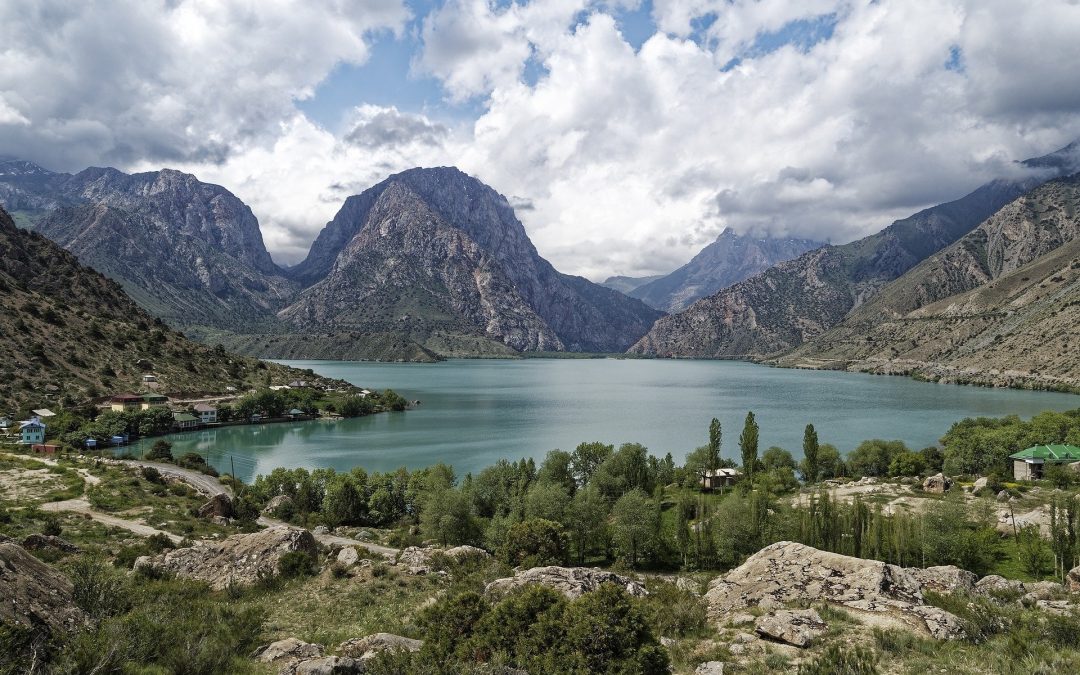 In 2017 in Bosnia and Herzegovina, a group of dedicated grassroots environmental activists staged a 500-day-long protest against the construction of new hydropower dams on the Kruščica river. The fight led by local women, who later came to be known as the Brave Women of Kruščica, met with many obstacles, including physical violence and arrests, but it has not been in vain: it has helped to safeguard access to fresh drinking water for local residents while staving off risks posed by the projects to the habitat of many animal species…

These are just a handful of real-life examples of how environmental action has benefited the human rights and collective safety of entire communities in Europe. Many other inspiring success stories can be found, including on Voices of Nature, a brand new website set up by the Council of Europe’s Bern Convention. There are countless others around the world. Some make the headlines. Many go unnoticed.

At the same time, governments in Europe often consider environmental defenders and environmental advocacy a nuisance at best, and a threat at worst, and respond to legitimate activism with reprisals. Some simply allow unbridled economic development to take precedence over citizens’ legitimate environmental concerns or allow vested moneyed interests and powerful non-state actors to stifle activism. Environmental defenders’ activities have won them some formidable enemies and in many places around Europe today, speaking out and standing up for the environment or denouncing the effects of climate change carries a hefty price tag.

A rise in attacks and reprisals against environmental defenders

The persecution of environmental human rights defenders in Europe is hardly a new phenomenon. In the 2014 report entitled “A Dangerous Shade of Green”, the NGO ‘Article 19’ documented dozens of examples of killings and violent attacks on environmental activists on the continent; other examples, mostly from countries of the former Soviet Union, can be found in the 2019 report “Dangerous work: Reprisals against environmental activists” by the NGO Crude Accountability. Sadly, however, these attacks and incidents have not abated – if anything, they have grown in intensity. Only recently, over 400 academics researching climate and environmental change published an open letter in which they voiced concern about the increasing criminalisation and silencing of environmental activists around the world, which they see as “a new form of anti-democratic refusal to act on climate.”

Support for the work of human rights defenders, their protection, and the development of an enabling environment for their activities are among the core elements of my mandate as Commissioner for Human Rights. It was with this in mind that last December I convened an online roundtable with environmental human rights defenders from across Europe, including lawyers, campaigners and representatives of both local and international NGOs from several European countries. Their testimonials have laid bare the intensification of oppression and intimidation faced by Europe’s environmental human rights defenders in recent years. As can be seen in the conclusions of the roundtable report, those who bring truth to light on environmental issues and are at the forefront of the fight against climate change are currently facing attacks on all fronts.

Sadly, there are places in Europe today where environmental human rights defenders are beaten, threatened, verbally abused, intimidated, or otherwise prevented from carrying out their legitimate activities in a safe and free manner. To mention but a handful of the most glaring examples: an environmental campaigner from Russia was severely beaten by unknown assailants and hospitalised with skull fractures and a broken nose. In Ukraine, an environmental activist investigating the pollution of a local river, allegedly caused by a nearby waste treatment plant, was found hanged under suspicious circumstances. The fight against illegal logging in Romania’s primeval forests has already claimed the lives of several rangers and has put the lives of some activists at risk. I personally heard the harrowing testimony of an environmental campaigner who described being beaten almost to death in 2015; although his assailants were caught on video and identified by an eyewitness, they have never been brought to justice.

When confronted with reports of violence or intimidation of environmental human rights defenders, law enforcement agencies all too often turn a blind eye. Worryingly, in some European countries, this has become quite commonplace. Government reprisals or the inability or unwillingness of public authorities to guarantee the safety and protection of environmental activists has led some of them to seek refuge elsewhere. A prominent environmental activist and head of one of Russia’s oldest environmental groups had to flee the country after being harassed with numerous spurious judicial proceedings. Several other environmental campaigners who fought against the construction of a motorway through a primeval forest, opposed the illegal exploitation of protected forestland, or advocated more openness about the fallout of a nuclear incident, had to leave Russia out of concern for their own and their families’ safety. An environmental defender from Romania told me about having to relocate abroad after receiving information about a bounty placed on his head by criminals in connection with his environmental work, fearing the law enforcement’s inability to guarantee his protection…

Stigmatisation, surveillance and other restrictions on environmental activism

Violent attacks are hardly the only problem facing environmental defenders today, however. Increasingly, governments view and present environmental organisations as suspicious and pass legislation or measures with the aim of limiting their scope for action. A prime example of such legislation disproportionately affecting legitimate environmental activism are the so-called foreign agent-type laws. Such laws force many environmental defender organisations to either avoid official registration altogether or to discontinue their operations, on pain of heavy fines and other punitive measures, including criminal prosecution, judicial harassment, or dissolution. The first such law, adopted by Russia in 2012, was the subject of my predecessor’s intervention in a case pending before the European Court of Human Rights. Regrettably, this bad example has inspired copycat solutions in other parts of Europe. Similar legislation was adopted in Hungary in 2017 despite criticism from my office – and found to be in breach of EU law in June 2020. In May 2020, Poland’s environment minister announced that similar legislation was under consideration and that a working group had been set up to that end; he also accused some environmental organisations of acting not for the environment’s sake but rather on the instructions of undefined “bigger interests”. In Slovenia, the government inserted in a bill on COVID-19-related economic support a provision limiting the ability of environmental activists to participate in environmental impact assessments; the proposal is currently under constitutional review…..

Respect for the rights of environmental human rights defenders is also an obligation of non-state actors. Businesses in Europe should internalise their corporate responsibility to respect human rights, in line with the United Nations “Protect, Respect and Remedy” Framework. Against the backdrop of the ongoing push for more stringent rules on corporate due diligence on human rights in Europe, it is now more than ever important for companies to be seen as positive and responsible players, in particular with regard to environmental human rights and those who defend them…